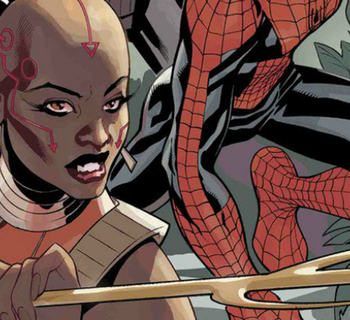 Graphic novels are powerful tools for teaching literacy and visual literacy skills and they often appeal to children who don’t love reading traditional books. So it’s great news that a new Marvel series is coming out featuring the Dora Milaje, the all-female special forces team from the Black Panther movie. These kick-ass characters will get their own three-part comic series, Wakanda Forever, which will be written by Black Panther: Long Live the King and Binti trilogy author Nnedi Okorafor.

The Dora Milaje women are a team of special forces soldiers dedicated to protecting Wakanda led by General Okoye (played by The Walking Dead’s Danai Gurira), who in the film helps rescue Wakandan spy Nakia when an undercover assignment goes bad, aids T’Challa in the capture of Ulysses Klaue, and later plays a pivotal role in helping him reclaim the throne. The Dora Milaje woman are believed to be modeled on true African female warriors, the Dahomey and there’s some fascinating information about this all-female fighting group from Benin. 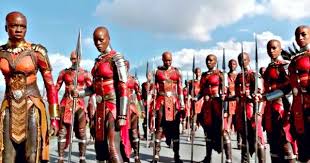 Okorafor told Vogue that the comic will be a chance to break the characters out and have them act on their own while “they’re not under the shadow of the throne,” and that she’ll be focusing on the humanity of the characters, not just their strength in combat. “You feel that you can relate to these characters, and feel they are real, not just iconic, but also human.”

More strong female characters are something to be celebrated and we’re in awe of Nnedi Okorafor’s talent.  Check out her other books here.