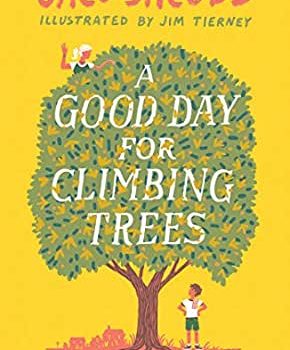 A Good Day for Climbing Trees

By Jaco Jacobs and illustrated by Jim Tierney. Translated from Afrikaans by Kobus Geldenhuys. (Rock the Boat/ Lapa Publishers)

An easy reading book for 8 – 12 year olds about a boy and a girl who climb a tree to save it and end up finding themselves and inspiring a whole town. Translated from the Afrikaans, this is another winner from one of South Africa’s top children’s book authors.

Sometimes, in the blink of an eye, you do something that changes your life forever.
Like climbing into a tree with a strange girl. Marnus is tired of feeling invisible, living in the shadow of his two brothers.

His older brother is good at breaking swimming records and girls’ hearts. His younger brother is already a crafty entrepreneur who has tricked him into doing the dishes all summer. But when a girl called Leila ends up on their doorstep one morning asking him to sign a petition, it’s the start of an unexpected adventure. Leila has her own problems, starting with the fact that her dad has remarried and she feels like she, and the tree, which symbolises her childhood with him, have been deserted.

Jacobs writes with humour and sympathy for his characters and he brings them to life with little quirks and an understanding of what they are really longing for.  Do they get to save The Tree At The Centre Of The Universe?  You’ll have to read to find out!

Look out for other Jaco Jacobs books – he’s one of South Africa’s most successful children’s book writers for a reason. *Nominated for the 2019 CILIP Carnegie Medal and Spectator Best Books of the Year selection. 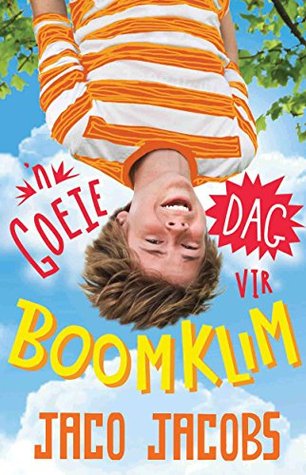