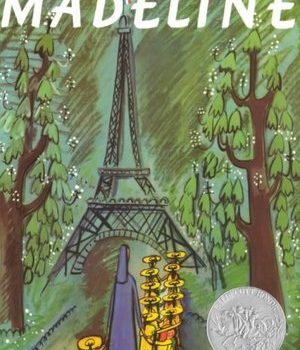 “In an old house in Paris all covered with vines lived twelve little girls in two straight lines. In two straight lines they broke their bread and brushed their teeth and went to bed …” So begins one of the great classic children’s books written by author and artist Ludwig Bemelmans in 1939.  The irrepressible red-haired heroine Madeline, is the smallest in her Parisian boarding school of 12 girls and she gets up to all sorts of adventures because she is curious, determined and can say ‘pooh pooh’ to a tiger.  This has had children adoring and admiring Madeline’s feisty nature for years.

She was not afraid of mice –

she loved winter, snow and ice

To the tiger in the zoo

Bemelmans’ quirky rhyming came in part from his background – he lived in France, Germany and America and often mixed up his English pronunciation, rhyming Genevieve with beef. Children and adults love his bright retro illustrations and vivid imagination.  He slips in little gems of details such as describing the crack in the ceiling as ‘sometimes having the habit of looking like a rabbit.’

As a child I loved the menagerie of characters in the Madeline books, from Miss Clavel, the nun who looks after the girls, to Pepito, the naughty son of the Spanish ambassador who becomes a friend and Lord Cucuface, owner of the house the girls live in. My favourite was Madeline, and I longed to be Madeline who had to have her appendix removed and got a cool scar to show off for her pains, making her the envy of all the schoolgirls.  This book won the prestigious Caldecott Honor medal for illustration. Although it is dated, children today still love her spunky energy and Bemelman’s gorgeous illustrations capture the imagination. A rather good 1998 movie with Frances McDormand has also helped keep the books current.

Bemelmans wrote seven Madeline books and his grandson John Bemelmans Marciano has continued his grandfather’s stories with additional books including Madeline and the Cats of Rome and Madeline at The White House. 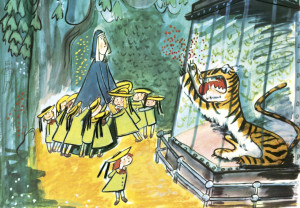 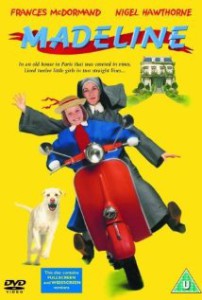