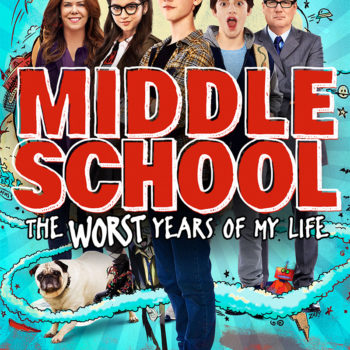 Are you in the middle grade and do you love funny pranks and hate silly rules?

Then this is the book for you.

Rafe Khatchadorian is the hilarious unlikely hero of the Middle School series about an 11 year-old boy who takes on rules, bullies and boredom and (mostly) wins.

Middle School: The Worst Years of my Life

In the first book of the series, Rafe has just started middle school (Grade 6 – 8).  Rafe and his best buddy, Leo the Silent, decide to make it their best year ever. That means starting a competition to break as many of the school’s ridiculously strict rules as they can.

Meanwhile the evil headmaster is set on controlling everyone, aided by an assortment of crazy characters.  Rafe’s game starts to catch up with him, and he has to decide if winning is all that matters, or if he’s finally ready to face the rules, bullies, and truths he’s been avoiding. Not to mention the girl he’s trying to impress, who may just decide he’s a loser. Read an extract here to see just how funny Rafe is!

The series works so well because middle school years are fraught with awkwardness and uncertainty.  Pre-teens deal with everything from outgrowing old friendships, making new friends, body and hormone changes and being aware of adult problems while still being a child in so many ways.  Rafe deals with all this and more.  His mother works overtime to make a living, his loutish step-father hangs around uselessly and his clever little sister Georgia keeps showing him up. (She gets her own book in the series: Middle School Big Fat Liar). Without giving away a spoiler,  there’s a plot twist in the first book that deals with loss and grieving. This book packs a lot of punch for its weight.

If you loved I Funny, The Private Blog of Joe Cowley, Timothy Failure and Diary of a Wimpy Kid, this one’s for you.

Bonus: Check out the movie based on the book too.

Another bestselling chapter book series that gets the most reluctant of readers hooked. The comic-book style illustrations are a win and having Rafe address the reader throughout the book is intimate and friendly.  Rafe is good-natured despite his naughty streak and you get to understand his back story. There are plenty of gags and silly, over the top humour – with lots of exclamation marks! which means not all adults enjoy it – but remember you’re not the audience. Some parents have issues with the values portrayed, as Rafe is all about sarcasm, mayhem and rule breaking, but think of this as a much-needed outlet.  It’s a safe space to imagine being as naughty as you want.

James Patterson is one of the world’s most prolific authors and his cross-over from adult fiction to children’s fiction has been hugely successful.  He has famously said: “There is no such thing as a person who ‘doesn’t like to read,’ only people who haven’t found the right book.” 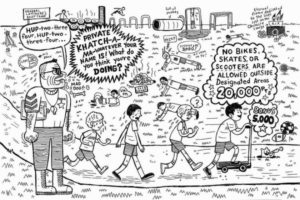 If this is your child, they may just enjoy this series.  We’d love to hear what they think. 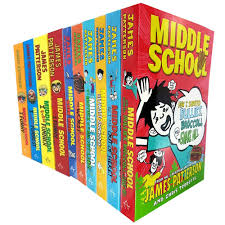