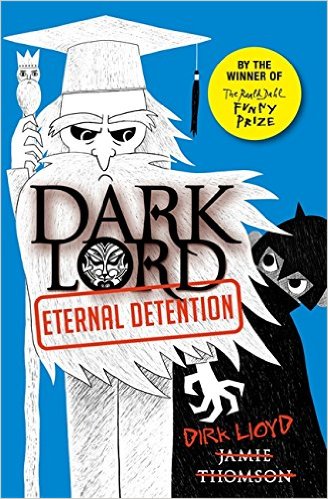 This is an amazing book showcasing the light side of the dark, because the bad guy is the hero. It’s a thrilling story about the Dark Lord who is trapped in a human boy. I love this book because of the sheer darkness of it all. My favourite character is Dirk Llyod because he’s like the main character. My favourite part of the book is when he fought Hasburdian The White, who is the villain. I would change nothing in this book.  Everybody would love this story – it’s amazingly AMAZING!

Jamie Thomson is an award winning British author and game developer who seems to know exactly what tween boys like and want. Humour, dark fantasy, adventure and absurdity.  The series is a parody of the fantasy genre and Thomson is recipient of the Roald Dahl Funny prize. The hero, Dirk Llyod, is really a dark lord trapped in the body of a thirteen-year-old schoolboy. He is a ‘baddie’ – leader of legions of orcs intent on death and destruction. When he loses a battle between good and evil he gets thrown out into a Pit of Uttermost Despair – which turns out to be a supermarket car park in modern day England.  You can see where this is headed.  Together with his earthling friends, Christopher and Goth girl Sooz, he tries to get back to his ancient lands or at least destroy the ‘good’ guys. This is the third in the series – start with A Fiend in Need and then The Teenage Years. 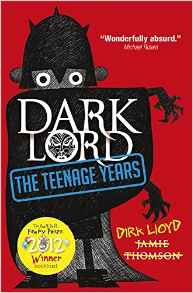 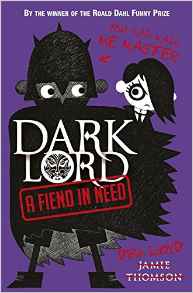