Loot: How to Steal a Fortune 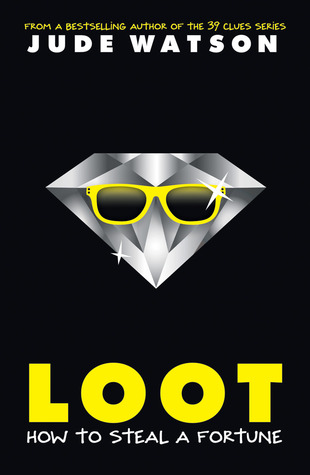 Loot is one of my most favorite books of all time. If you met the main character, March, you would probably think that he’s a normal American teenager. He’s not. His father is the notorious cat-burglar, Alfie McQuinn, infamous for stealing jewels. March is his most trusted sidekick. But is Alfie as good a thief as he makes out? March is left alone in the world when Alfie dies during one of their heists by falling off a rooftop.

The last thing he did before he died was to give March a paper bag containing a moonstone and a series of strange clues. Dazed, March runs away, but he is soon caught by the police and forced to go to an orphanage for juvenile delinquents along with another girl who is supposedly his long-lost twin. There he meets Izzy, a computer genius, and Darius, who may look tough, but inside is the most caring and loyal friend you can get. On TV night at the orphanage they learn about a terrible curse that will cause March and Jules to fall from a great height on their birthday… and die. To break the curse, the four kids must have a collection of magic moonstones and a special riddle, except the moonstones are spread all across the US as they were pulled away from their brethren and made into other jewelry.

So how can Jules, Izzy, Darius, and March even get them? By stealing of course! Along the way they will encounter many strange people, a large amount of danger, and a LOT of money. Can Jules, Izzy, Darius, and March pull off their most dangerous heist ever and save March’s and Jules’ lives? With, of course, the added plus of gaining millions of dollars?

Jude Watson has a huge fan bas as she is also author of a few 39 Clues books and many Star Wars books.

If you want to try a sample of Loot listen to the You Tube reading here.

And if you love Loot try the sequel, Sting. 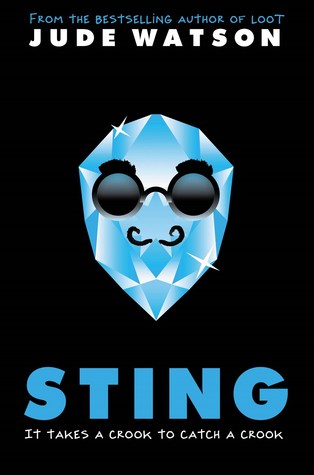