Here We Are – Notes for Living on Planet Earth 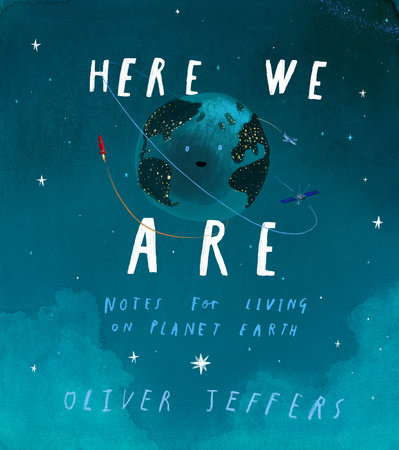 Acclaimed illustrator and author Oliver Jeffers has a new book to share with little children everywhere: an introduction to the world. Written on the birth of his son, this reads as an intimate guide to Earth and its inhabitants – both human and animal.

It soars from the varied beauty of the wilds and the unknown depths of the ocean to the infinite majesty of the universe and then lands with a bit of a thud to the scene of three people sitting around a fire – one eating pizza, the other drinking water and the other warming his hands.  Jeffers says these are the most important things for people to remember: to eat, to drink and to stay warm.  Although these are undoubtedly true, it felt a little sad – perhaps if the man had been eating unprocessed food made by this beautiful planet – such as an apple  – it would have retained the power of the earlier pages.

The book then regains some poetic beauty when Jeffers calls for kindness and says there is enough for everyone on earth.  It’s probably a sign of the times that I read the final line  “You’re never alone on Earth” with the illustration of an unending line of people behind it as both a loving assurance and an unintended comment on how overpopulated the world is.  Sigh.

To be fair it is a huge undertaking to make the morass of the world make sense to a newly arrived little soul and the beautiful illustrations really lift this above the text – which is not his most memorable. (Think the Day The Crayons Quit and many others just to start).

We’d love to hear what you think.  What would you tell a new baby about planet earth? 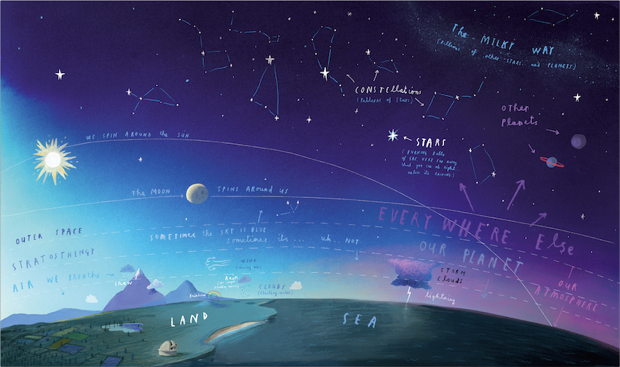 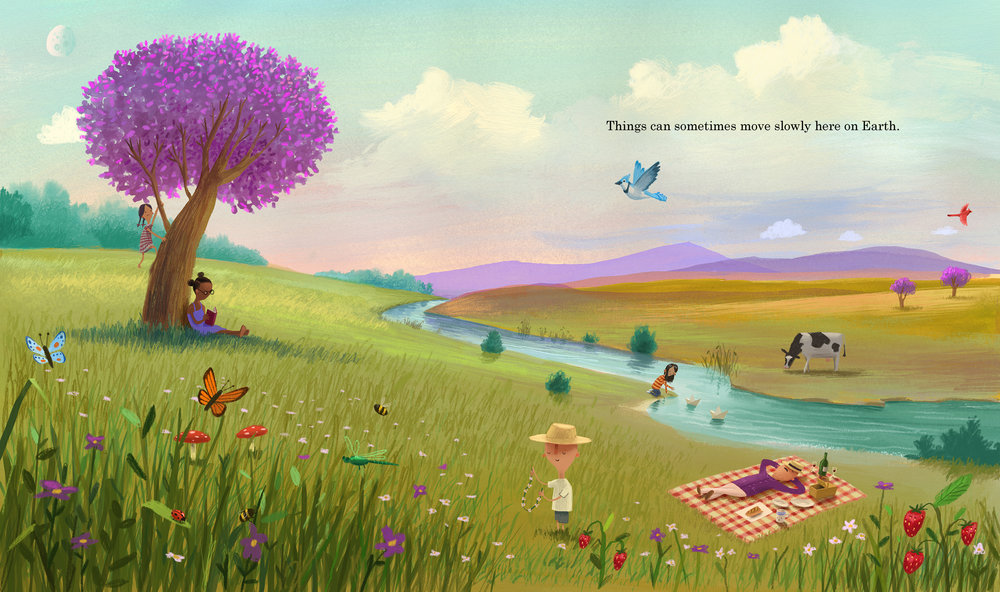 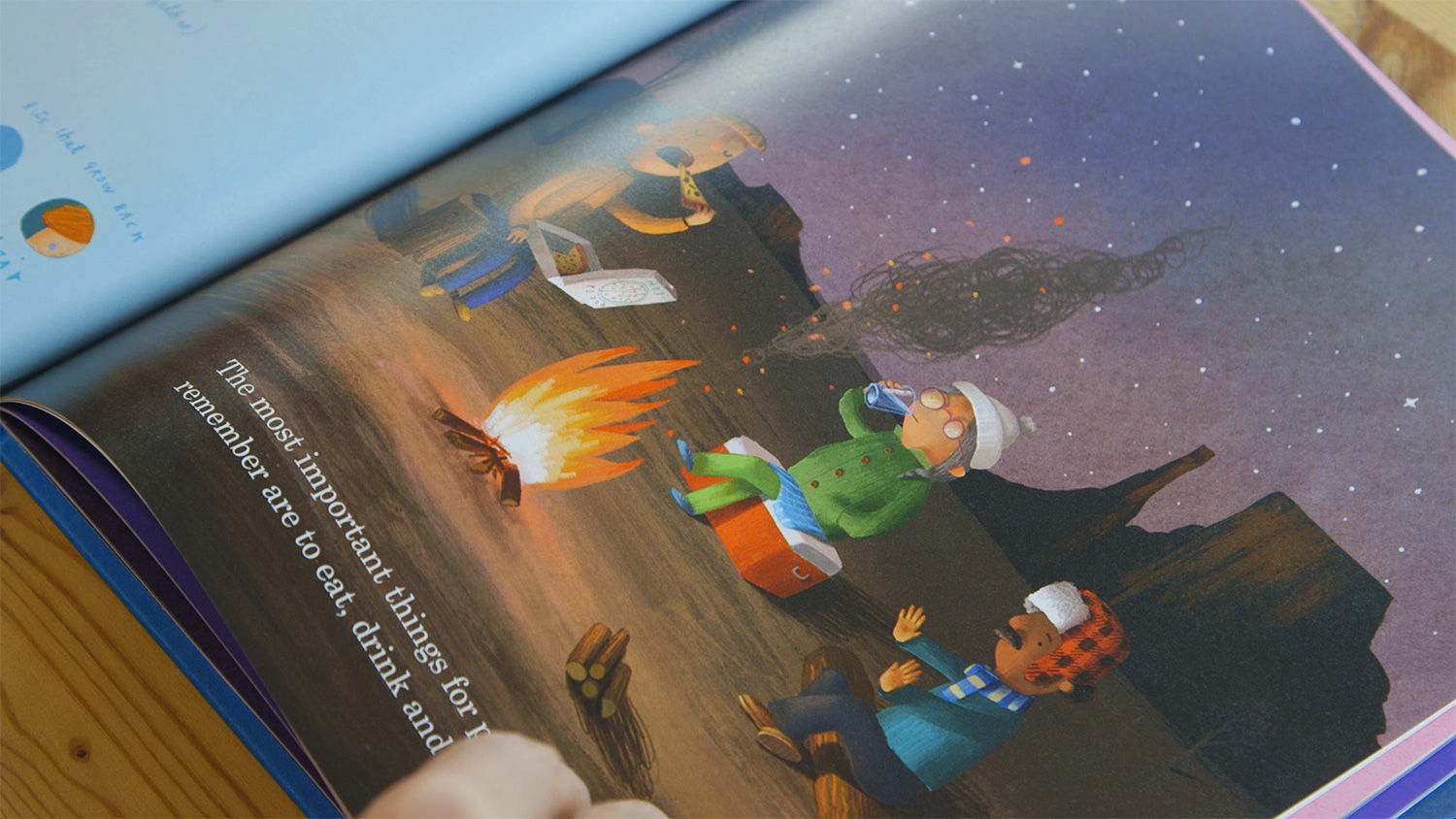