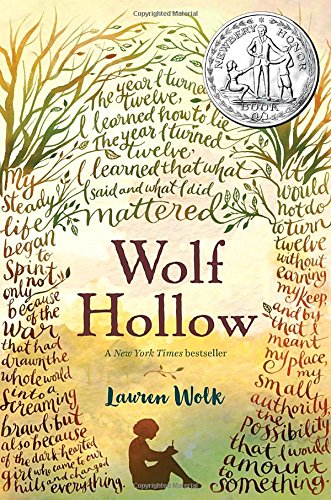 An award winning book about a young girl called Annabelle coming of age during the 2nd world war.  While the war rages on she deals with a much closer threat – another young girl who bullies and manipulates her way into their community and rips it apart.

Growing up in the shadows cast by two world wars, Annabelle has lived a mostly quiet, steady life in her small Pennsylvania town. Until the day new student Betty Glengarry walks into her class. Betty quickly reveals herself to be cruel and manipulative, and while her bullying seems isolated at first, things quickly escalate, and reclusive World War I veteran Toby becomes a target of her attacks. Toby is a local vagabond of few words who has become something like a friend of Annabelle’s family.

Betty’s violent malice only grows, until one day she goes missing. Toby immediately becomes the prime suspect in Betty’s disappearance and Annabelle is determined to prove Toby’s innocence.  The narrative is powerful and beautifully written and at times possibly too adult for young readers.  Some may find the story arc a little depressing – you’ll have to judge your child’s maturity levels. Life is not sugarcoated – there are pointlessly cruel people, courageously kind people, and those who simply pass the gossip.

Brilliantly crafted, Wolf Hollow is a haunting and pertinent tale for all times that will make you think of To Kill A Mockingbird.