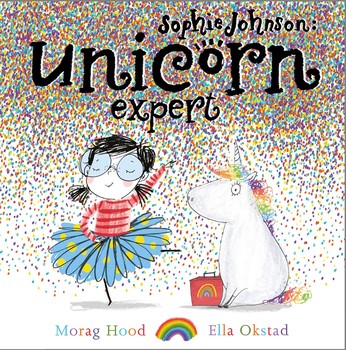 Who doesn’t love a unicorn?  Sophie Johnston: Unicorn Expert loves them so much she ‘owns’ 17 unicorns of her own. Of course there’s a lot of work involved in training unicorns and looking after them but Sophie rises to the challenge with style.  But who’s that hiding in plain sight on every page? As Sophie says “Some people don’t even know what a REAL unicorn looks like!” The joke is on her but it’s sweet and funny.

Morag Hood is author of the much praised Colin and Lee: Carrot and Pea (about the unlikely friendship between two vegetables with a lesson about loving what’s different about others) and she has great skill in using words simply and effectively so that every sentence or scene takes your mind on a journey. For example children will love the way Sophie feeds her unicorns – she has a bow and arrow and enters the kitchen ready to forage and target every food item in sight.  “Then I show them how to hunt for food…”

Together with Ella Okstad’s gorgeous illustrations, she captures the spirit of a young child who sees so much more to life than what’s right in front of her.  Except, of course, for the real unicorn that’s trailing its way through the pages… 🙂 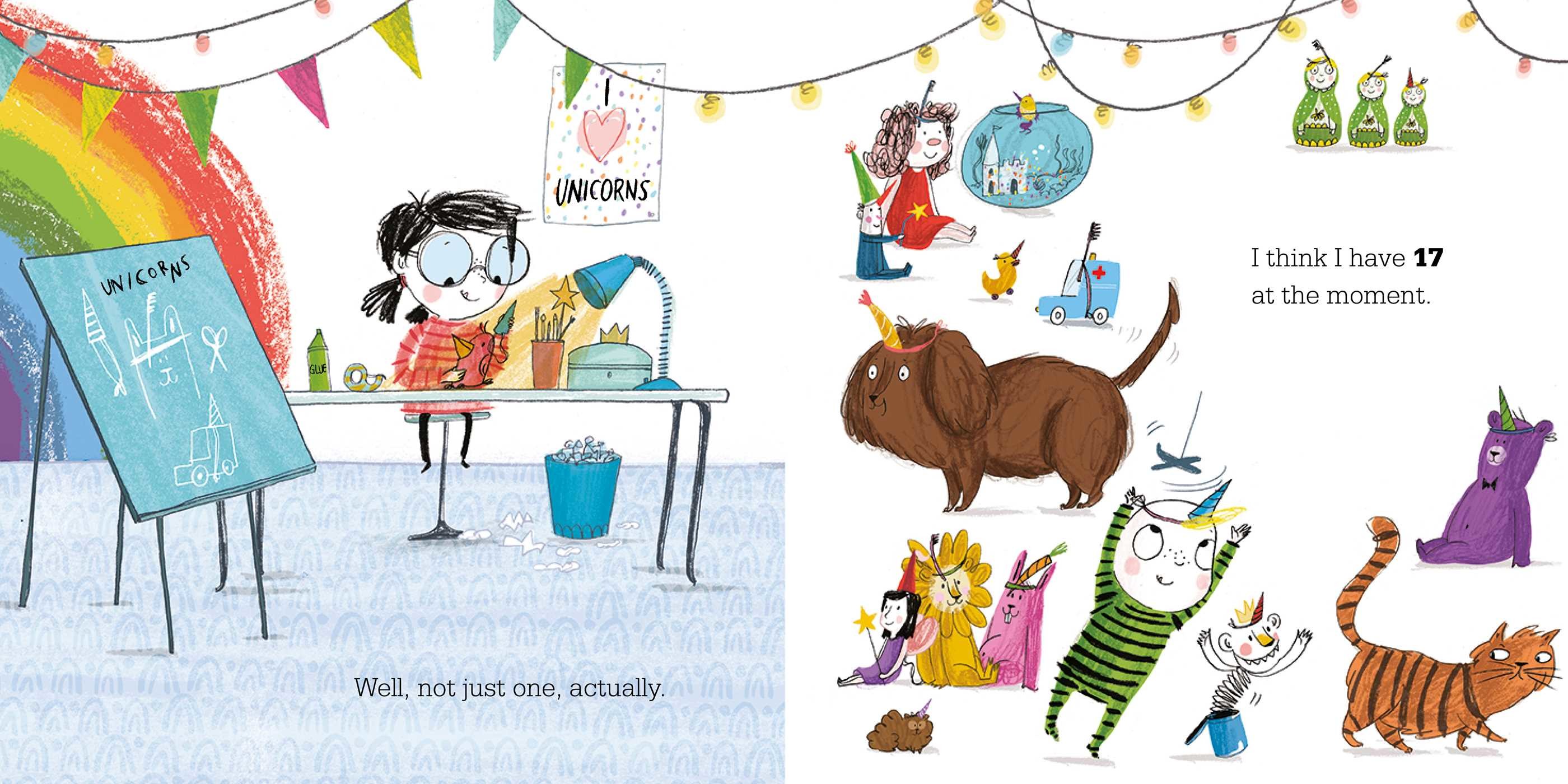